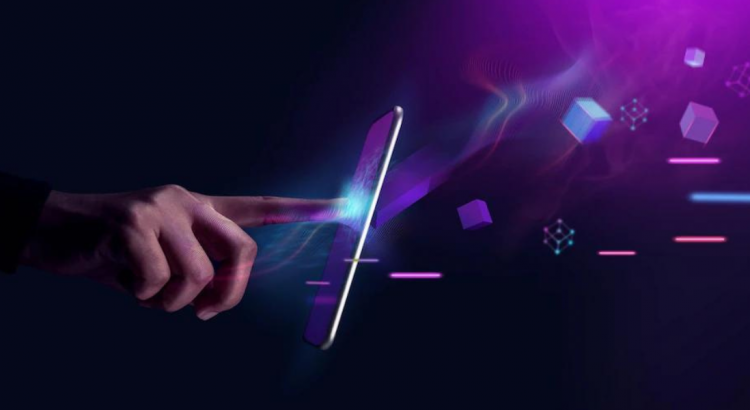 This is the first time we’ve seen a model that offers players that much power and they could distribute that power over the entire ecosystem as opposed to concentrating it on just one game.

The third generation of web technology that uses the blockchain platform is known as “Web3,” a well-known online iteration. Applications that use machine learning and artificial intelligence are strengthened by it. Given its decentralized design, Web3 is dependable, quick, and offers more user-relevant info. Web3’s introduction of virtual assistants will significantly alter the online landscape.

However, the implementation of Web3 and its redesign will be a gradual process that might last a while. Additionally, it’s a crucial idea that integrates user-generated content into important sectors like gaming. The goal of Web3 development companies is to develop decentralized apps that are not under the jurisdiction of a single entity.

Impact of Web3 on the Gaming Industry

Web3 has the potential to alter the gaming sector significantly. Gamers can make money while playing games in the Web 3.0 era. In the modern gaming period, if players spend money on an item, they become the owner of it and can sell it to other players within or outside of the game.

Today, in-app purchases are present in almost all games and account for more than half of all game sales. IAPs are used to charge players for these in-game items, which are often endless in quantity. Players in Web 2.0 games do not own these assets, even after paying for them.

The ownership of virtual goods and their scarcity will be made possible by blockchain technology. Every resource in Web 3.0 will be limited in availability, and players will retain ownership of every resource even after it has been sold.

With technology, when a player purchases an asset, the item will be linked to the player rather than the game, safeguarding the time and money the player has already invested. Players can keep them outside of the game and sell these rare digital assets as they are theirs to keep.

Players acquire cryptocurrency as they advance through stages or perform activities, which they may swap for other cryptoassets or fiat money.

Gaming ecosystems have always been categorized with minimal communication across games. The assets of one game cannot be utilized in another, but in the blockchain-based ecosystem, there will be projects that complement one another, making it simple for gamers to move between games. They can take their digital possessions with them and utilize them in other games, such as skins, avatars, or weapons that are NFTs.

Web3 gaming is distinctive since it emphasizes the distributed aspect of the system. You are not dependent on a single server, in contrast to centralized games. Voting agreements may be used to add new features to games built on the blockchain. This may now lead to the creation of more open web3 games. Additionally, independent and free from intervention from any centralized authority, the web3 gaming environment ensures exceptional availability.

Key Concepts That Will Help in Making This a Reality

NFT is a technology that allows for the ownership and scarcity of digital assets like digital money. The wallet allows for the storage of NFTs and the transfer of NFTs across wallets. In-game purchases in blockchain-based games will be transformed into NFTs to enable asset ownership. As in any RPG game, there are several categories of assets, such as common, special, rare, epic, and legendary.

NFTs will determine the rarity of blockchain-based games. The best game players will amass the rarest NFTs, which they may sell to other players. Players will be able to keep their NFTs even after the game has ended, and they will be theirs to keep.

Tokens The economy of the entire game will be based on tokens as the exchange unit. These tokens will serve as incentives for each member of the gaming ecosystem, including the developers of the games, the players, and the community that supports them. Everyone profits as the token’s value rise. By doing this, we have matched everyone’s incentives for making the game popular.

“Show me the incentives and I’ll show you the outcome,” says Charlie Munger. Tokens inside the game allow players to gain rewards for their efforts, and they may later be converted into real money through exchanges.

The above notions will power the Metaverse’s fundamental idea, which will be developed using Web 3.0 principles. Another way to think of Metaverse is as a more immersive version of Second Life. Avatars are virtual representations of players that allow them to interact with environments, objects, and other players. A digital multiverse might be created by transferring things via blockchain between various video games and gaming universes.

In parallel, the number of blockchain users in the gaming sector will rise from 100 million to 2 billion.

By possessing in-game tokens that can be used, bought, or sold on the blockchain, the next generation of web3 game development companies will allow users to make money while enjoying their favorite games globally. The gaming business might be dramatically disrupted by these new platforms, such as play-to-earn games, where players are both the product and the economy rather than simply the economies that sustain these gaming firms.

Here, there is a great chance for disruption. In the future, play-to-earn games may provide gamers with a new source of income to assist them in getting out of tight financial situations in developing nations.