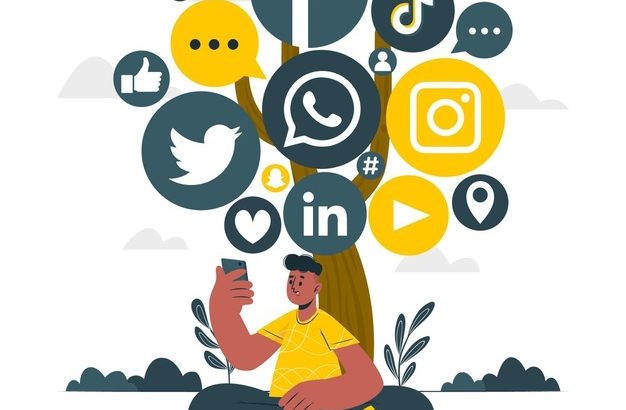 Have you ever thought how life would have been without social media?

We cannot deny the existence of social media as it has become an essential part in each of our lives.

If you take some time out and see how much time you spend daily on social media platforms I am sure you will understand what I am talking about.

Just not our personal lives, but social media has our job lives wrapped around it’s finger.

Sometimes we get fed up with continuous judgement and failure which is caused by social media as well, then only we realise time given to oneself and ignore the virtual world.

What if this break we desire sometimes goes too far and never comes back?

How about social networking site leaving our planet?

Would you be okay with it?

Here are some facts that will tell what can happen if there is no trace of social media.

Social media has proven its worth by giving job opportunities to thousands and thousands of people.

Social media has shown us a path of releasing creativity.

We got to know about women rights, animal rights , human rights and lgbt rights.

All of these were an issue nobody dealt with before social media’s appearance, so yeah just because of social media platforms we got educated on various topics.

Young influencers like Greta Thunberg, a Swedish environmental activist, have opened our eyes on climatic changes and how we should prevent it.

Do you think it would have been possible with social media?. No.

Would Have Been Living In The Shell

The most important step taken by social media was to link us with all the countries in the world.

Due to this now everybody knows what is going on in the world, though many of us still choose not to be bothered by it.

We can interact with people of different nationalities.

It wasn’t possible to be a part of a huge mass if it weren’t for social media.

To date, the platform helps us evolve and respect our culture, human culture.

Books Would Have Been The Only Choice

Globally people use 2 hours and 23 minutes per day on social media, according to research.

Digital monitoring tools made by Google users are used to get data on device screen time.

Android phones have the feature to set a time limit for using social media per day. These steps are effective, as it allows you to be whoever you want to be on social media and also remind you about your private time with yourself.

Social media is not just for entertainment, it is also for gaining knowledge such as reading content, learning foreign languages, and getting to know about so many things.

This discussion brings me to a certain question.

Would It Be Peaceful If Social Media Never Really Existed?

Despite all the sources we have now, it would never reach us if there were no social media. I also agree life would have been very simple and old-fashioned.

People would have never committed suicide after being bullied on social media for his or her body type, or complexion, or nationality, or gender.

Spending time with family and friends is almost 0% of one’s life.

We are so into social media and interested in others’ lives that we kind of forget our own.

Jealousy and depression are highly triggered by social media.

Social media is both boon and bane.

It educates us that’s right but it also fails us.

Serious issues on social media lead to arguments but give no solution mostly.

It is very important to balance the usage of social media, your personal life should never be compromised for people you can’t even touch.

Rogen Rosenberger is a professional content writer with years of experience in blogging. He graduated from Stanford University, California, and then started his career in blogging. He contributes to many authority blogs such as Social media magazine, Search Engine Magazine, Online Marketing Toolspro,Blogsteller, Tour And Travel Blog, Dream And Travel Blog. He also likes to write in many international magazines and journals.