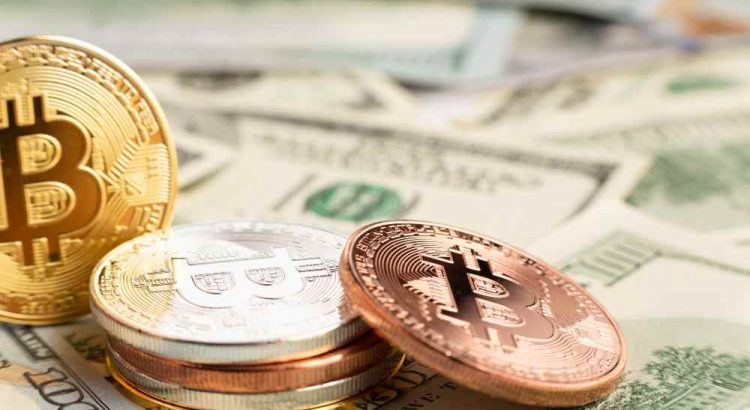 Trading in cryptocurrencies is growing increasingly popular. Even though projecting the future of such a turbulent market is pure conjecture, millennials have been drawn to the quick growth in the value of digital currencies such as Bitcoin and Dogecoin this year. Many people, however, remain skeptical about cryptocurrencies’ long-term prospects and would rather invest safely in assets such as gold, a classic hedge against currency depreciation and volatility.

Bitcoin was dubbed “digital gold” throughout 2020 because it followed the precious metal’s path as the global economy collapsed owing to the continuing COVID-19 pandemic. However, given the recent volatility in the cryptocurrency market, Bitcoin and Dogecoin’s status as viable replacements to gold or any other traditional asset may be questioned.

According to sources, Bitcoin vs. Dogecoin have both been trendy investments in the last 12 months, with current values up 650 percent and 18,600 percent, respectively. Bitcoin and other digital currencies recently plummeted as a result of a wave of selling triggered by US President Joe Biden’s planned capital gains tax rise.

According to several statistics, this wiped away more than $200 billion in value from the whole cryptocurrency market. Dogecoin, a digital currency, has also just plummeted, with its value plummeting by more than 30%. The drop began a day after crypto enthusiasts celebrated April 20 as Doge Day by utilizing hashtags on social media platforms to boost the cryptocurrency’s price.

Similarities Of Bitcoin Vs. Dogecoin

One thing that Bitcoin and Dogecoin have in common is that they are both digital currencies. Both of these are built on blockchain technology, utilizing a profound peer-to-peer record-tracking system that’s both transparent and safe, as well as widely dispersed. It helps to understand how Bitcoin mining works to understand why this matters. In the most basic terms, all transactions on the Bitcoin or Dogecoin networks are grouped together into blocks. To validate these blocks, miners utilize powerful computers.

It is a procedure that entails the solution of a difficult arithmetic issue. The miner receives money for solving the challenge, and the validated block is put to the network (i.e., the permanent record of all previous transactions). Bitcoin and Dogecoin are hence decentralized currencies. Miners are rewarded with tokens for solving blocks, and the block is attached to the blockchain once it has been approved by all other nodes in the network.

To put it another way, there is no need for a central bank to issue or track the money. Both are taken care of by the network on their own. To do this, a single individual would need to command 51% of the network’s computing power, which is far from practical.

Differences Between Bitcoin Vs. Dogecoin

Despite their similarities, there are a few fundamental distinctions between Bitcoin and Dogecoin. And such distinctions have far-reaching consequences for their long-term prospects. To start with all this, Dogecoin is now limitless. That implies miners can keep resolving blocks and acquiring new Dogecoins indefinitely. Bitcoin, on the other hand, is restricted to 21 million tokens, of which 18.7 million are now in rotation.

As the Bitcoin won for clearing a block is split in half of all 210,000 blocks, this is the case. In other words, the prize will essentially be null at some point in the future. After that, Crypto miners will only earn money from transaction fees. This scarcity, like that of gold and other precious metals, should make Bitcoin more valuable than Dogecoin. However, Bitcoin has another advantage.

It is the most frequently used and valued cryptocurrency on the market. That may seem insignificant, but it is really important. There were approximately 4,000 distinct cryptocurrencies in existence as of January. Whether you think any of them are good investments or not, there’s no denying that 4,000 distinct currencies add up to a lot of confusion.

To put it another way, I believe that over time, the bulk of value will be concentrated in only a handful of these tokens. And Bitcoin’s large advantage almost guarantees that it will triumph against Dogecoin.

Investors should have in mind that both Dogecoin and Bitcoin have historically been remarkably unpredictable assets. From December 2017 to May 2018, Bitcoin, for example, lost approximately 80% of its value. So, if you decide to invest, be aware that rapid price variations are unavoidable. Investors should also be aware that on both sides of the bitcoin discussion, there are intelligent people.

However, the question is not whether each is a good investment, but which is the superior deal. And, in that regard, Bitcoin offers a number of benefits over Dogecoin. It has become more scarce, popular, and precious. That is why Bitcoin is the winner in this competition.

Jais Frank is a freelance content writer and enthusiastic blogger. He is the co-founder of RSLonline. He contributes to many authority blogs such as Smart Business Daily, Finance Team, SB Newsroom, Dream Land Estate and Emblem Wealth. He also likes to write in many international magazines and journals.